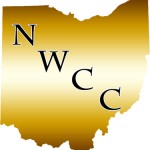 The mission of the Northwest Central Conference (NWCC) is to promote a greater interest in athletic contests, sportsmanship and regulate activities in the conferences’ communities. The Principals, Conference Commissioner, Athletic Directors, and Coaches are to serve as teachers and role models for academic achievement and athletic success.

Every year the NWCC produces many college-level athletes from all divisions levels of NCAA to NAIA.